Born from the same roll of fabric, made into different styles! This almost sounds like a plot for a movie but fear not, there is no trailer to bore you.

Some of you may know the current trend where designers are using hi-tec fabrics which one of them coincidentally happens to be fabrics bonded with neoprene. I’ve seen fabrics like this before but with a price tag of £50 per metre, it was something that I usually admire from the other side of the window. However, on one of my remanent excursions in London, I spotted quite a considerable length of wool bonded neoprene in Berwick Street for half the price. It was noted with the defect ‘has creases’ but I was sure it’s not something an iron wouldn’t sort out, so I immediately splashed out on it.

As usual, it was then just left rolled up in my room until one day when a sudden urge to sew overwhelmed me and I decided to make my ‘twins’ simultaneously. I started out with the double-breasted, knee-length coat (first ‘twin’) and after a bit of pattern cutting, I did some samples to decide the best way to join the seams. To avoid the bulk from sewing such a thick fabric, I decided to cut 1 cm Bonda-web strips, fuse the edges of the seam allowance and stitch the seam on an overlap. 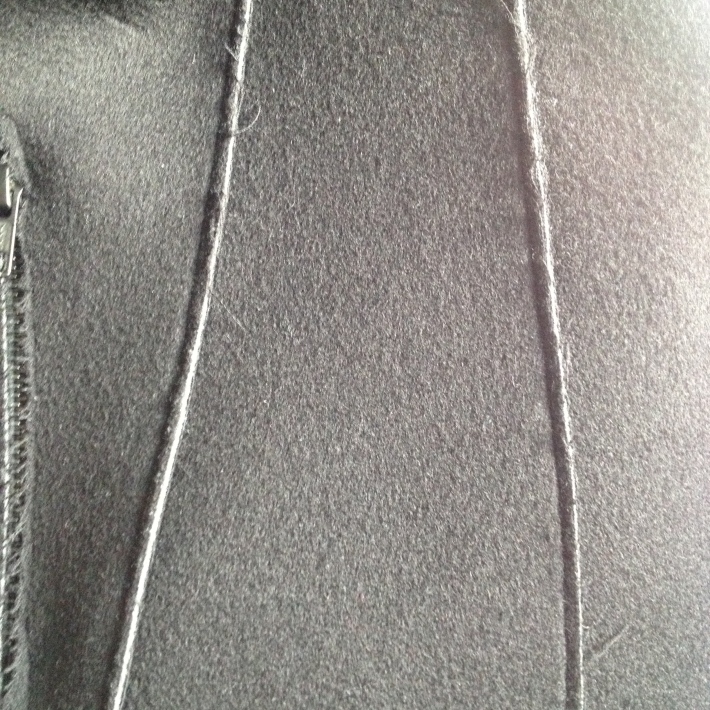 For the finishing of the coat, the edges were sewn raw as I liked the bit of fraying along the edges. And no buttons were added to the coat as fastening the coat would just make it impossible to walk.

The second ‘twin’ was a bomber jacket I made using the leftover wool bonded neoprene and faux leather I had left over from a previous project. I just wanted to make a really simple but stylish jacket that I could casually wear. Here is a shot of the jacket in progress while I was waiting for the zips to arrive.

With my sewing juices in 5th gear, I also decided to make a new pair of trousers.  While de-cluttering my closet, I noticed that I have an abundance of shorts but a lack of trousers and with winter peeking its head over the horizon, I had to make at least one…pronto! To make the trousers a bit more unique, the side seams were drawn in an angle to create a narrow strip on the knees.

With all of this completed, I had this plan for taking a picture of both of the garments together, worn both by myself. You could say my other twin helped me model the garment or if my photoshop skills are as horrible as I think they are, it’s quite a mediocre try at the idea! But I am glad that my dream of owning an entire wardrobe with garments made by myself is coming into fruition. 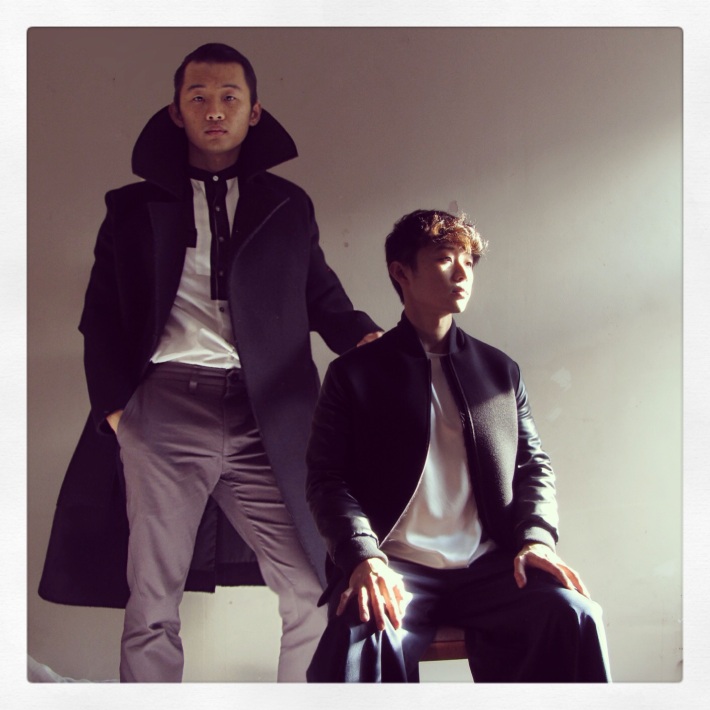 I’m all set of winter! But for my next project, I am thinking of going back into printing fabrics to make bags. But this means a lot of drawing and colouring to get my prints so maybe I’ll do that on a cold and boring day with a nice cup of hot tea beside me.