I handed my mom her last piece of Liberty fabric and asked her what she wanted out of it. She couldn’t decide so I blurted out the options; dress, shirt, skirt, trousers. She paused for quite a while, then said trousers. I think I’ve only made my mom trousers once and this was when I was back in UK. I don’t have an overlocker in Malaysia which is why I usually steer clear of trousers, but on a recent trip to the haberdashery store, I bought packets of bias binding for only 15 pence (there was 2.5 meters in a packet) and I thought that I might as well use that instead of paying the shop quite a lot just to overlock the edges.

Instead of a bog standard trousers, I decided to experiment with the basics. I started by omitting the waistband on the trousers.

The next step was moving the opening from the centre front to the side in a form of a concealed zip. 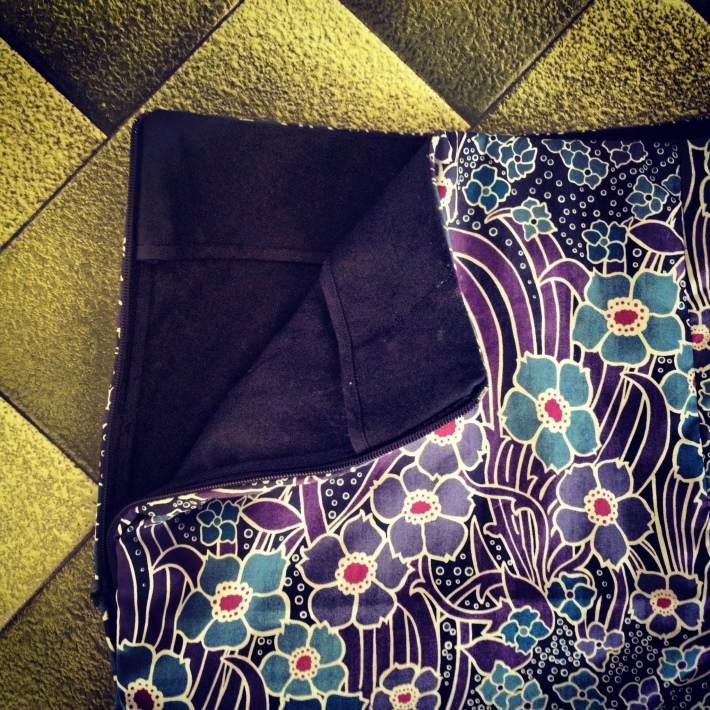 You must probably be thinking about the finishing on the waist especially since there is no waistband. Well, there still is a waistband just in a form of a facing which I fused with some fusing to give it some structure.

The result of the bias bonded edges looks really good. Thinking about it, the seams could even be sewn with the bias binding facing outside as a design feature.

That’s all my mom’s Liberty fabric used up. I’ve ordered some more from Liberty and will decide what to make for her when I get back to UK. At the moment, she has told me not to make anymore as she has lost count of what clothes I have made for her and wants to wear those she has not worn for a while first. So I guess I will turn my attention back to sis.

I wish Dad was still here so I could make some shirts for him too.