I just realised that my blog has been asleep for quite sometime and I can honestly say it is because I have been busy dabbling in a new hobby – jewellery making. My dad owned a jewellery shop and I used to watch in astonishment when he would sit at his work desk and repair gold jewellery. I remembered using my dad’s blow torch to melt scraps of gold to a point where the gold would liquify and form into balls of pure gold! Then there was the sulphuric acid but we won’t go into that!

When my dad passed on, he had only taught me the techniques but I never knew the name of the processes. I eventually grew out of touch with the whole process as it was too time-consuming and relinquished the thought of ever making jewellery.

That was until I recently discover this amazing material call metal clay. From the online tutorials, you apparently just shape the clay into whatever shape you want, fire it and it becomes a piece of jewellery. Too good to be true but I was so interested I bought a mini kiln to try this hobby out. This hobby did drain a significant amount of money from my savings because of all the specific tools I had to get but the simplicity of the process was so intriguing.

I decided to make my first jewellery using white bronze as silver was too expensive to experiment on. I was glad I made that decision as my first attempt was a failure. I was sure that the instructions were followed precisely but I ended up with beads of melted metal! 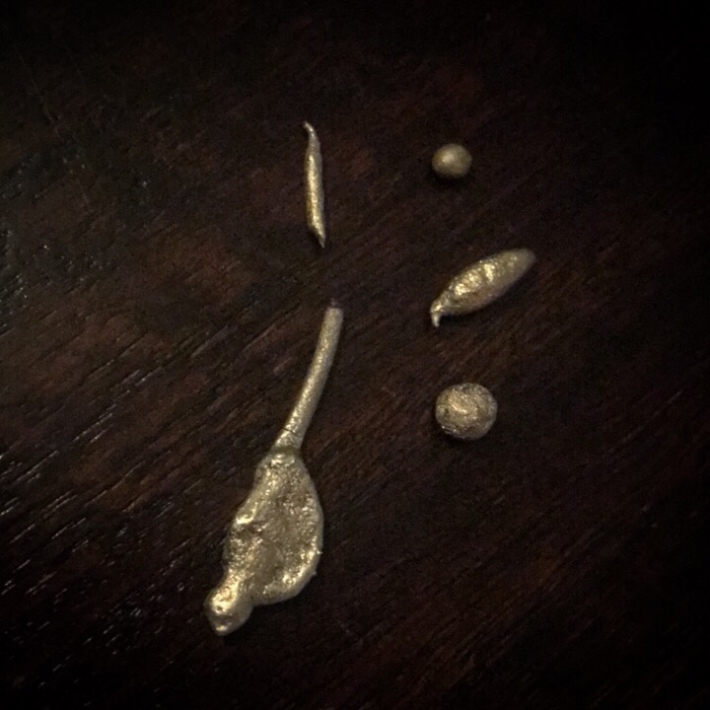 The second experiment ended up the same so I decided to lower the temperature of the kiln and the third experiment was more successful. Well, successful in a way that bits still melted but I learnt that my kiln was way too hot and by lowering the temperature, I could keep the shape stable! 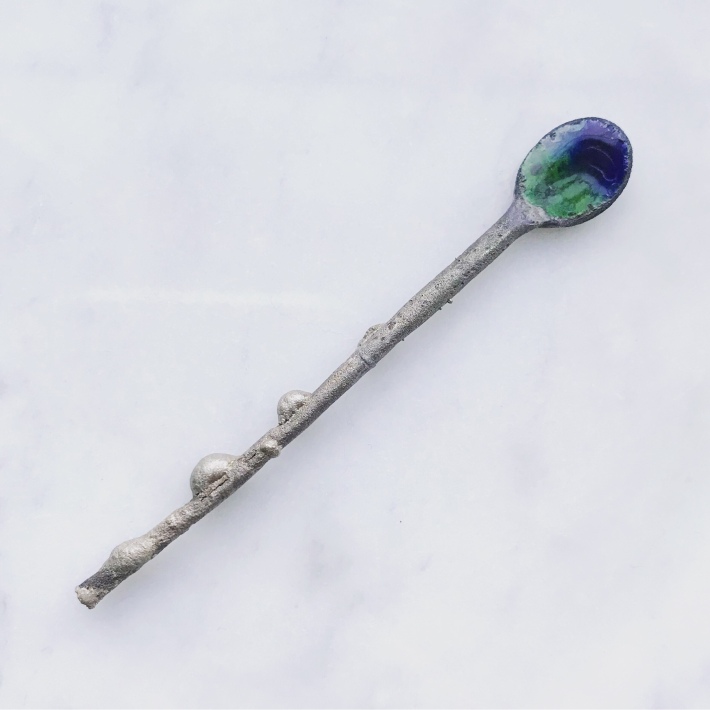 When I was ready to make the real thing, I decided to make a pendant. I decided to start easy and made an eye with blue/green glass enamelling. My first pendant was crude but was nevertheless successful. 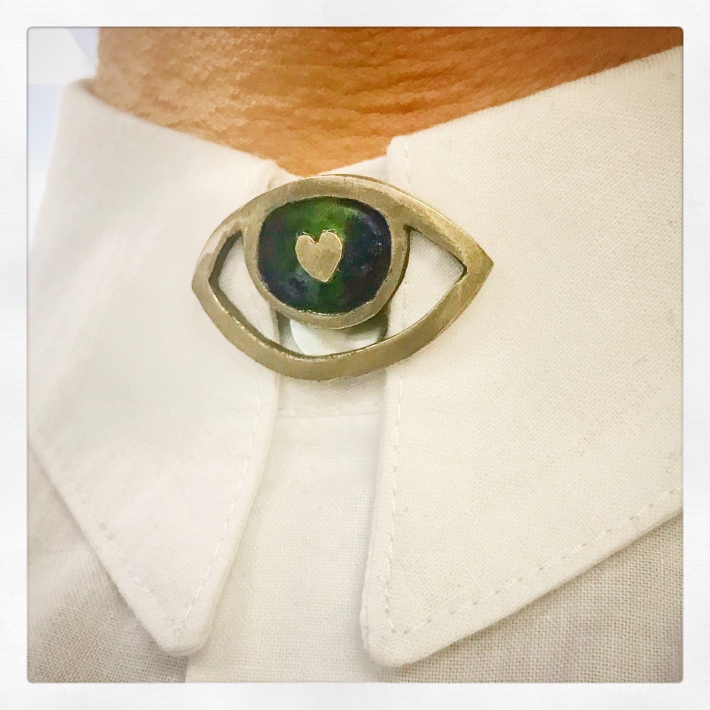 I decided that I needed to write all this information down so I bought a notebook where all the instructions and techniques were written in it. I also bought a small sketchbook where I would draw design ideas. I had always like Art Nouveau jewellery especially one designed by Archibald Knox, Murrle, Bennett & co and Charles Horner so I started out drawing examples of their design but subverted it to my own designs.

Then came my second pendant! 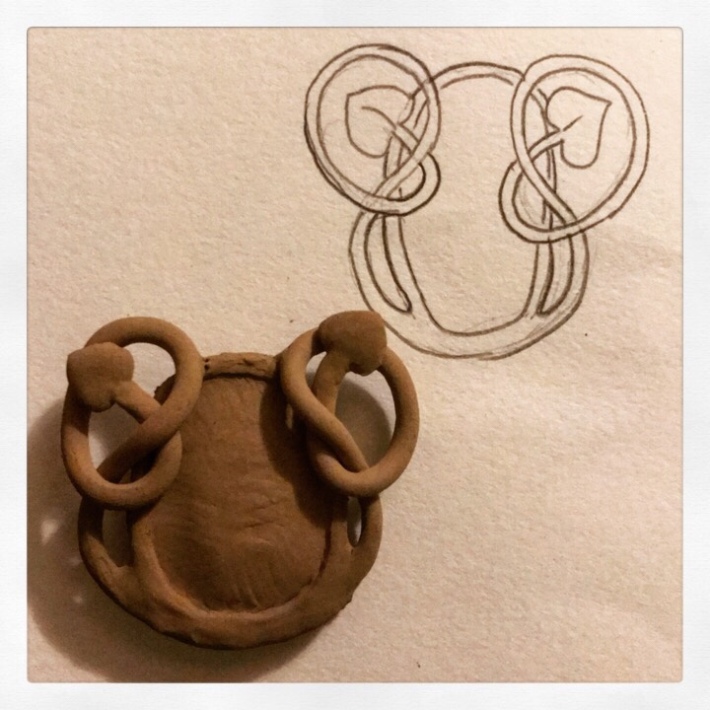 By this time, I had gotten used to the kiln and the metal clay but was still experimenting with the enamelling. A few attempts resulted in cracking, chipping and at one point, it shattered completely. More follow-up reading on enamelling techniques and I kind off realised what I was doing wrong! Basically laying the enamelling powder too thickly. 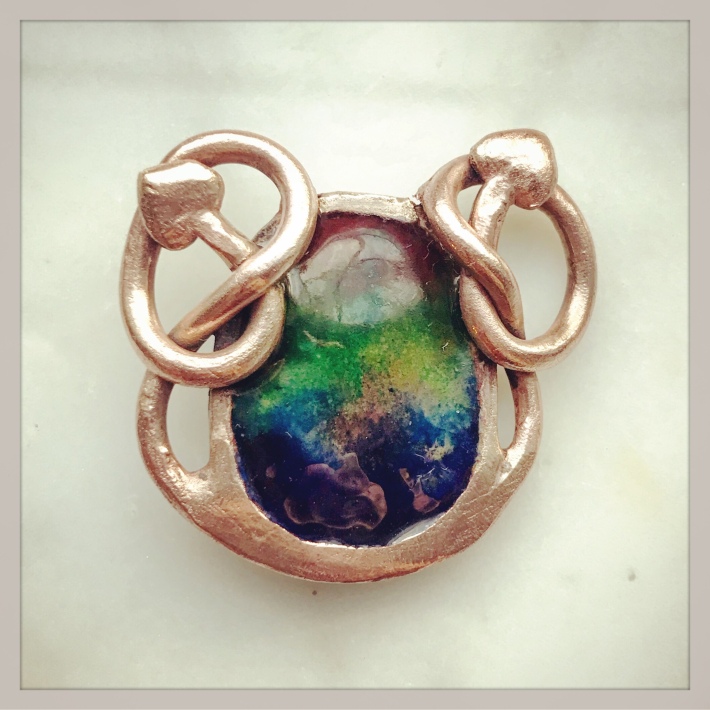 When I had gotten the grasp of working with the kiln, the clay, and the enamelling, the whole process became more simple and I continued to make more experimentation. 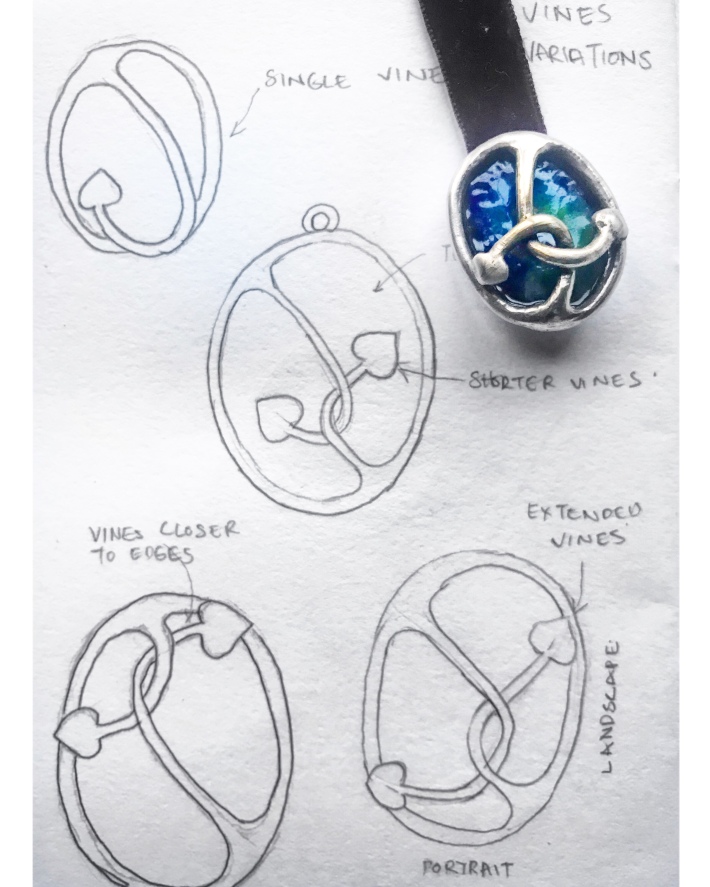 I also experimented with using paper to hold the shape of the clay to create more intricate shapes/weaving. 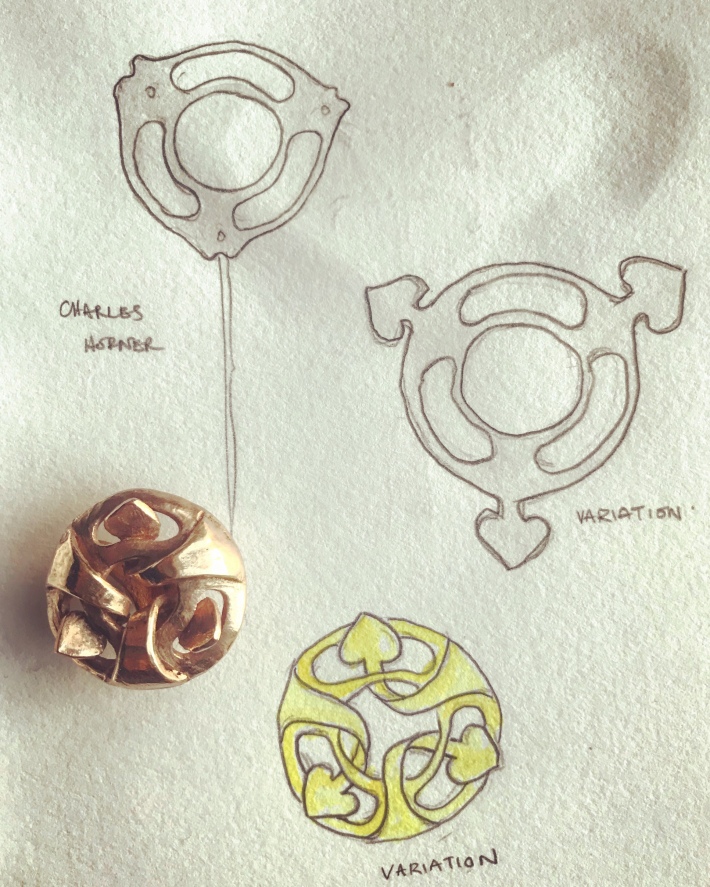 Needless to say, I learnt all I could from the internet and from self experimentation and eventually decided to buy a book to learn more techniques. I was amazed at how versatile this material is and how it could even create carbon copy of organic items! 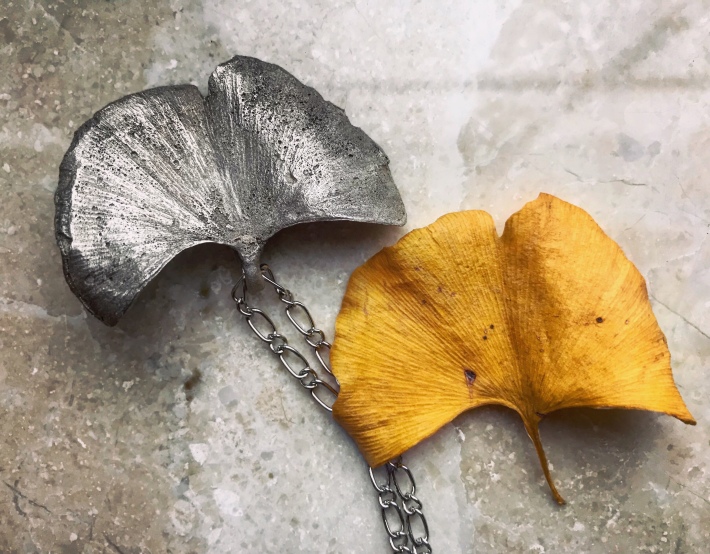 I’m hooked on this hobby now and found making all these shapes so therapeutic. A lot of the pendants that I made also complimented my garments when I wore it as a choker around a shirt collar.

The best thing is that I can now name all the process/techniques that my dad had shown me.